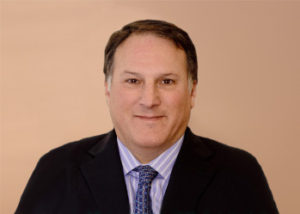 Marc began his professional career in Television Broadcasting. Marc spent nearly 15 years in this industry where he helped televise The Super Bowl, World Series, The Olympics, 6 Political Conventions and many other sporting/entertainment shows. He was fortunate to win an Emmy for ABC’s coverage of The Calgary Olympics.

In 1993 Marc devoted nearly 19 years to Davis, Mendel and Regenstein Inc. – a broker dealer for The Ned Davis Research Group. During his tenure, he grew to be the top producer at the firm and helped to establish the strong brand NDR knows today. When Marc left the company in July of 2011 because of NDR’s buyout, their team accounted for over 35 percent of the firm’s revenue. He was responsible for creating and building strong relationships with accounts led by many of the world’s top money managers.

As Marketing Director, he was recruited to build the sales team for the newly created Atlanta office. Serves as a key member of the leadership team, charged with creating, managing and implementing the sales and marketing strategy used to procure new clients and grow existing accounts.

Marc received a Bachelor of Science in Communications from Georgia State University. He earned a Series 65 designation in 2011.