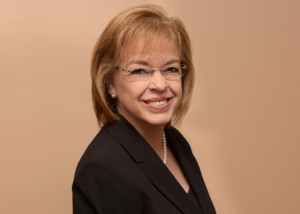 Rosalie joined Haven Wealth Group in March 2015. She has focused her entire career on bank operations, shareholder relations, institutional investments, customer service, and corporate governance. In 2015, she chose to leave the banking industry to join Haven Wealth Group to manage the client relations, marketing and business development aspects of the firm. Her extensive bank experience and excellent customer service skills leave her well positioned to develop these areas for the firm.

As a founding executive of Memorial City Bank, she established the administrative and operations infrastructure including the policies and procedures for an award winning bank. She was an integral component of the five member executive team that for seven years created, recommended and then implemented major plans and ideas for the betterment of the Bank. She guided the Bank from its opening in 2008 through its successful merger into CommunityBank of Texas in 2015.

Before Memorial City Bank, she had a similar role for seventeen years at Chasewood Bank in Houston. Along with her duties as the Compliance Officer, Chief Operating Officer and Human Resources Manager, she served as the bank’s stock transfer agent and managed shareholder relations.

At First Bank, Houston, she was Chief Operating Officer, Chief Financial Officer and managed the Bank’s Investment Portfolio. Rosalie attended Board Meetings and served as Secretary to the Board for all three of her previous Banks.